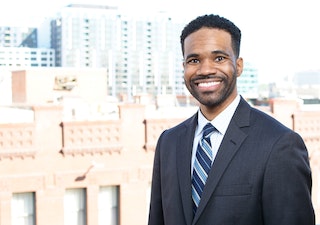 Andrew Stevenson is an associate at Davis Graham & Stubbs LLP where his practice has an emphasis on complex commercial litigation, internal and government investigations, and consumer class actions.

Prior to joining DGS, Mr. Stevenson was an associate at the Chicago office of an international law firm. He previously clerked for the Honorable Terrence G. Berg in the U.S. District Court for the Eastern District of Michigan.

During law school, Mr. Stevenson was a member of the Chicago Legal Forum. He was also a participant in The University of Chicago Law School’s Civil Rights and Police Accountability Clinic. He also partook in the Law School's Spring Break of Service program, where he spent time volunteering with the Orleans Public Defenders' Office and the Louisiana Capital Assistance Center.

Davis Graham & Stubbs LLP is pleased to announce that Andrew Stevenson has joined the Trial Department as an associate...