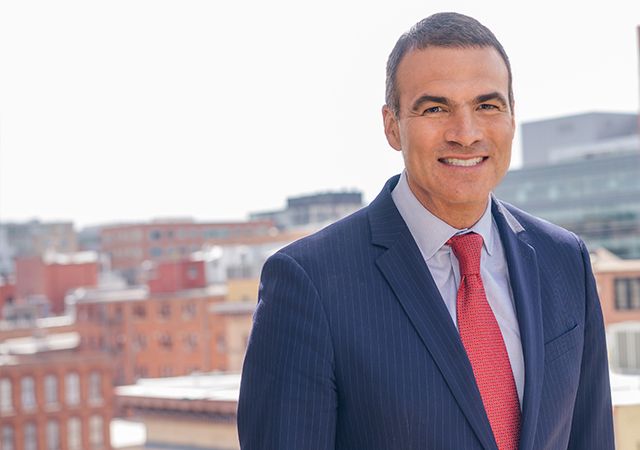 Chad Williams is co-managing partner of Davis Graham & Stubbs LLP and a member of the firm’s Executive Committee. He practices complex civil and criminal litigation, with an emphasis in white collar defense, complex business disputes, securities and corporate governance litigation, SEC enforcement, and all cases earmarked for trial.

In the last decade, Mr. Williams has been involved in some of the largest lawsuits and investigations, and some of the most politically sensitive matters, in the U.S. He regularly represents sizable public and private corporations in their most important litigations across the country. Mr. Williams represents high-profile individuals, including company directors, corporate officers and executives, and government officials. He is frequently enlisted by audit and special committees to investigate company malfeasance and alleged ethical violations, to report to boards about those investigations, and to work with government enforcers to resolve potential company liability.

Mr. Williams has a white collar defense practice that is preeminent in the Western U.S. He has handled hundreds of complex criminal cases including criminal securities violations, financial fraud and other economic crimes, criminal copyright infringement, computer hacking and privacy offenses, and cases involving allegations under the False Claims and Foreign Corrupt Practices Acts. He has recently successfully represented key individuals and corporations in some of the highest stakes white collar matters in the country.

As a former Deputy State Public Defender, his courtroom experience is vast. Mr. Williams has taken to trial numerous civil and criminal cases ranging from criminal securities fraud to high stakes civil disputes on behalf of major natural resources companies. He has a track record of prevailing at trial in even the most difficult and media charged cases.

However, many of his client wins are achieved quietly, away from the view of the public. Mr. Williams is accomplished in orchestrating declinations and “no file” decisions from government enforcers, and in managing crisis situations involving material criminal, political, reputational, and civil liability.

Mr. Williams graduated from the University of Denver Sturm College of Law, Order of St. Ives. Before starting at DGS, more than 20 years ago, he clerked for Michael E. Tigar in the defense of United States v. Terry Lynn Nichols. He has received acclaim over the years for his successes in the legal practice. For many years running, he has been selected for inclusion in Chambers USA, Best Lawyers in America, Colorado Super Lawyers by Thomson Reuters, and Benchmark Litigation as a Local Litigation Star. He has earned an AV® PreeminentTM Peer Review Rating from Martindale-AVVO. A Colorado Bar Foundation Fellow, Mr. Williams is a former member of the Standing Committee of the Criminal Justice Act Panel. He has been involved in countless working groups and ad hoc panels for the improvement of criminal justice, attorney ethics, and the practice of law in the U.S.