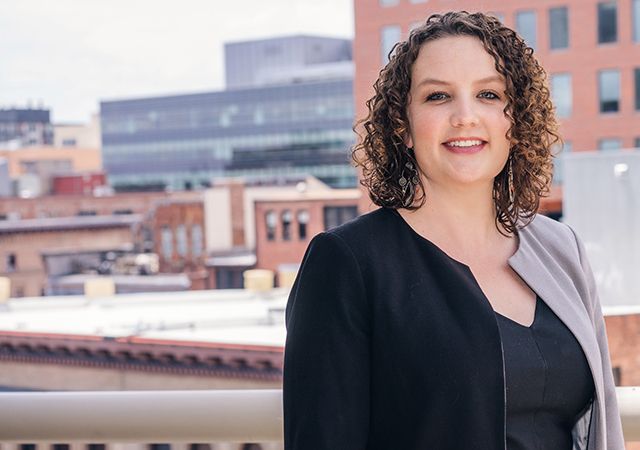 Claire Mueller is an associate at Davis Graham & Stubbs LLP, where her practice focuses on complex commercial litigation, corporate control disputes, personal injury defense, and real estate disputes. Ms. Mueller’s experience includes representing clients before juries, appellate courts, arbitrators, and mediators. She has represented clients from the legal, energy, automobile, aerospace, and construction industries, among others. She has experience in all stages of trial practice, including researching, drafting, and arguing filings in trial courts, leading discovery efforts, acting as trial counsel in multi-day trials, negotiating settlements, and representing clients in appellate courts. Ms. Mueller also maintains an active pro bono practice, where she often uses her skills as a fluent Spanish speaker.

Ms. Mueller currently serves on the board of directors of Family Star Montessori. She is a member of the 2023 Colorado Bar Association Leadership Training (COBALT) Program and is a graduate of the Denver Metro Leadership Foundation’s Impact Denver program.

Prior to joining DGS, Ms. Mueller received her J.D. from the University of Texas School of Law, where she received various writing awards and was the chief notes editor for The Review of Litigation, a top-ranked, student-edited specialty law review. She also participated in the National Appellate Advocacy Competition in 2015, where she was chosen as one of the top 10 oral advocates in her region.