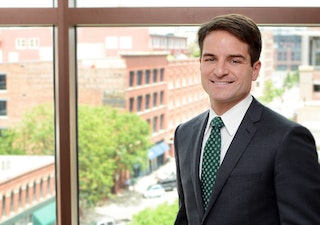 Mr. Holman serves as the secretary and a member of the board of trustees for the Chesterton Academy of Our Lady of Victory, an independent Catholic classical high school in the Denver metro area.

Remote Depositions in the Time of COVID-19

With the outbreak of the novel coronavirus (COVID-19), lawyers must reconsider the logistics of various proceedings that normally occur in...

The oil and gas markets have suffered historically low prices in recent weeks. On March 30, 2020, the price of...

Please join your colleagues for the second installment of the DGS COVID-19 Town Hall live video webinar series. During this...

Please join your colleagues for a DGS COVID-19 Town Hall live video webinar. During this meeting, we plan to cover...