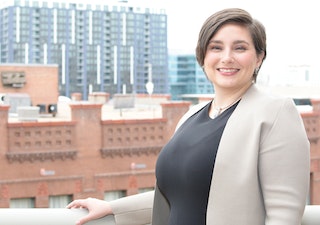 Bárbara M. Santisteban is an associate in the Finance & Acquisitions Department of Davis Graham & Stubbs LLP. Her practice focuses on acquisitions, divestitures, joint ventures, and corporate governance across a range of industries, including telecommunications, consumer goods and retail, technology, and energy.

Ms. Santisteban graduated from Brown University with a B.A. in Environmental Studies. She then received her J.D. from Pace University School of Law in New York, where she graduated third in her class. During law school, Ms. Santisteban was the productions editor for the Pace Environmental Law Review and vice president of the Latin American Law Students Association. Prior to joining DGS, she interned for Judge Edgardo Ramos in the United States District Court for the Southern District of New York. She also worked as a summer associate and M&A associate in the New York office of Jones Day.

Ms. Santisteban is a participant in the spring 2020 class of Access Denver. Internally, she serves on the DGS Diversity & Inclusiveness Committee.

Ms. Santisteban was born in Puerto Rico and is a native Spanish speaker. She maintains an active pro bono practice and received the Champion for Justice Award in 2017 for her immigration work with Latin American clients. In 2012, she was named a diversity fellow by the New York City Bar Association.