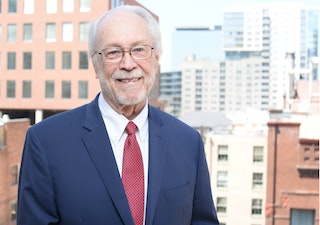 Building on a long career handling complex commercial litigation, trials, and appeals, Dale Harris serves as a mediator and arbitrator of commercial disputes as a member of the American Arbitration Association’s national panels of arbitrators and mediators and through private referrals. He also provides expert witness testimony in disputes involving the reasonableness of attorneys’ fees.

He received the Award of Merit from both the Colorado and Denver Bar Associations, their highest award for service to the legal profession, and the Law Club’s Lifetime Achievement Award. He is the recipient of the Williams Award and the Ruth Vincent Cunningham Award, both presented by the Rocky Mountain Chapter of the Arthritis Foundation for outstanding community service. He has been included in Who’s Who in America, Who’s Who in the World, Who’s Who in the West, and Who’s Who in American Law, as well as in The Best Lawyers in America©, Chambers USA, and Colorado Super Lawyers. In 2010 and 2013, The Best Lawyers in America© named him Denver Antitrust Lawyer of the Year. He has also been named a Litigation Star in Benchmark Litigation.

Davis Graham & Stubbs LLP is pleased to announce that Catherine A. Hance has been appointed chair of the Mile...