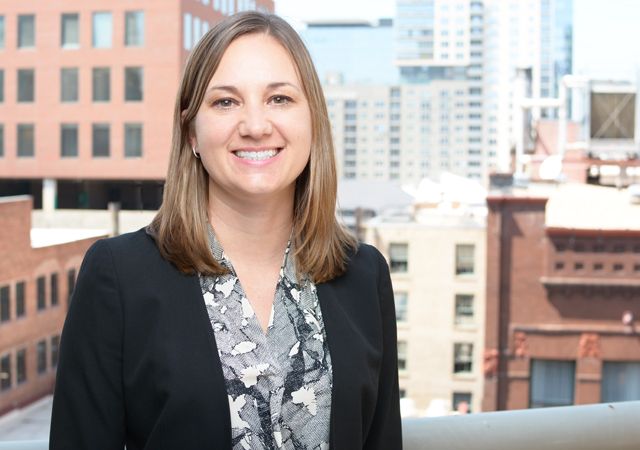 Ms. Simmons is a member of the Board of Directors for the Young Americans Center for Financial Education and an active member of the Colorado Bankers Association. Internally, she serves as the co-chair of the Women in Leadership Lecture Series (WILLS), a program featuring valuable perspectives on how to overcome personal and professional obstacles on the path to leadership.

In 2022, Ms. Simmons was selected as a Top Lawyer - Banking by 5280. She was also named a “Leader in Their Field” for Banking & Finance by Chambers USA. Before joining DGS, Ms. Simmons was an associate at Winston & Strawn LLP in New York, where her practice focused on commercial and structured finance.

As businesses determine what the next normal will look like, employers are exploring ways to accommodate different work styles. While...

WILLS: Leadership in the Age of COVID-19

The novel coronavirus pandemic has upended industries across the globe, forcing radical shifts in business practices and behaviors. Our next...

As a result of the Coronavirus Aid, Relief & Economic Security (CARES) Act, the Federal Reserve has created the Main...