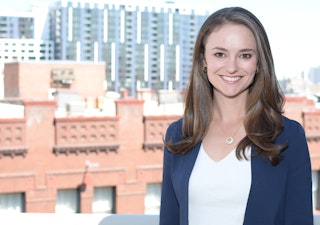 Shalyn Kettering is an associate in the Environmental Group of the Natural Resources Department at Davis Graham & Stubbs LLP. She assists clients with environmental aspects of business transactions, regulatory compliance, and environmental litigation matters. She has experience with all major federal and state environmental laws and regulatory programs, including the Clean Air Act (CAA), Resource Conservation and Recovery Act (RCRA), Comprehensive Environmental Response, Compensation, and Liability Act (CERCLA), and the Clean Water Act (CWA).

After law school, she served as a law clerk for former Chief Justice Nancy Rice of the Colorado Supreme Court. As a Dean’s Fellow during law school, Ms. Kettering worked closely with former University of Colorado Law School dean and now Colorado Attorney General, Phil Weiser, on a number of projects including drafting various white papers, such as one that proposed a statewide rural district attorney fellowship program that was passed by the legislature in 2014, and another that addressed social entrepreneurship and impact investing. Ms. Kettering was a student of the Juvenile Law Clinic and the Family Law Clinic, where she received the Excellence in Clinical Education Award. She was also a member of the University of Colorado School of Law Moot Court Team and was a Constitutional Law and Property Law teaching assistant. Additionally, she spent time at the Colorado Governor's Office of Legal Counsel and externed at the Attorney General's Office and Colorado Legal Services.

Prior to law school, Ms. Kettering worked at startups in San Francisco and, among other roles, was the vice-president of marketing for a wedding and lifestyle company.

Ms. Kettering serves on the Colorado Lawyers Committee Immigration Task Force. As part of her service she spearheads a project through which attorneys help asylum seekers prepare for their credible fear interviews. She also serves on the Power of Extended Philanthropy Committee for the Women’s Foundation of Colorado and is part of their Impact Investing Giving Circle. In addition, she is on the board of directors for Warren Village and is a member of the Human Services Committee of the Kettering Family Foundation. Additionally, Ms. Kettering is the founder of the Rose Andom Center Young Professionals Council, where she previously served as board chair, and is also a former member of the governing board of the Denver Children’s Advocacy Center. In 2019, Ms. Kettering received the Denver Bar Association’s Volunteer Lawyer of the Year award in recognition of her outstanding service to the legal and broader communities.

University of Colorado Law School, J.D., Order of the Coif, 2016

Davis Graham & Stubbs LLP is pleased to announce that the firm has been named the recipient of the 202...

Three recent air quality developments will have a significant impact on regional oil and gas facilities: (1) the Colorado Air...

The Public Utilities Commission (PUC) published a Notice of Proposed Rulemaking to amend its Rules Regulating Pipeline Operators and Gas...