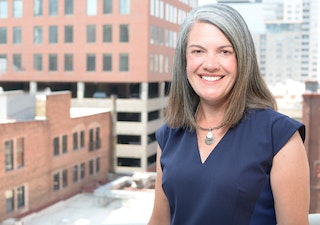 Shannon Stevenson chairs the firm’s Trial Department and serves on the Executive Committee. Ms. Stevenson is a seasoned trial and appellate advocate and leads the firm’s Appellate Group. She has briefed and argued numerous cases before state and federal appellate courts throughout the Rocky Mountain West. She has also litigated, tried, and arbitrated a wide variety of cases for clients in the energy, natural resources, and construction sectors, including disputes over royalties, implied covenants, environmental contamination, coal contracts, construction defects, product liability, personal injury, and shareholder disputes.

Ms. Stevenson also has been active in pro bono representation of clients in the state and federal courts of appeals, including handling numerous appeals on behalf of indigent prisoners as a member of the Tenth Circuit’s Criminal Justice Act Panel.

Ms. Stevenson received her J.D. from Duke University School of Law where she was editor-in-chief of the Duke Law Journal. After law school, Ms. Stevenson clerked on the U.S. Court of Appeals for the Honorable David M. Ebel.