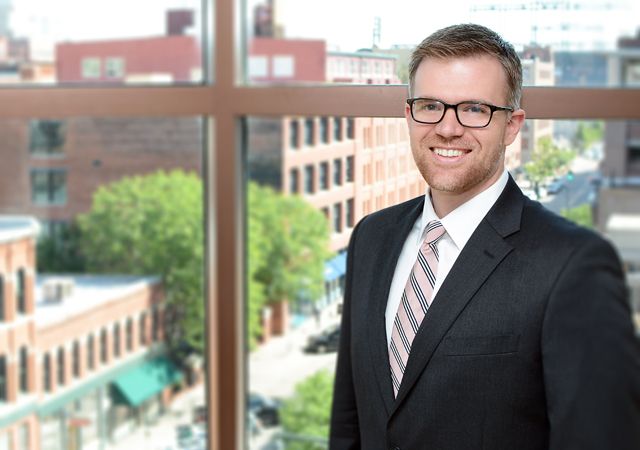 Outside of the courtroom, Mr. Henderson serves on the Board of Directors for the Family Resource Center Association and the Associate Board for the Boys and Girls Clubs of Metro Denver. He was a member of the 2021 class of the Leadership Denver program. Mr. Henderson previously served on the Mile High United Way Emerging Leaders Council Steering Committee and has been active in pro bono representation of clients, including through participation in the U.S. District Court for the District of Colorado’s Civil Case Pro Bono Panel. Mr. Henderson currently serves as the Co-Pro Bono Coordinator for DGS.

Mr. Henderson is admitted to practice in the state courts of Colorado, Wyoming, and Montana, as well as the federal courts for the District of Colorado, the District of Montana, the U.S. Courts of Appeals for the Ninth and Tenth Circuits, and the U.S. Supreme Court. Mr. Henderson has been named among the “Ones to Watch” in the area of Commercial Litigation by Best Lawyers, an annual guide by publisher Woodward/White Inc.

Mr. Henderson received his J.D. from the University of Denver Sturm College of Law, where he was the senior articles editor for the Denver University Law Review, a general editor for the University of Denver Water Law Review, and a member of the Moot Court Board. In addition, he interned for the U.S. Attorney’s Office and for the Honorable Wiley Y. Daniel of the U.S. District Court for the District of Colorado. Mr. Henderson was also awarded a Public Interest Law Group Fellowship to work with a human rights agency in Phnom Penh, Cambodia.

Prior to law school, Mr. Henderson served as an associate pastor at a church in Highlands Ranch, Colorado. He also attended graduate school at Yale University, where he served as a teaching fellow in the Political Science and International Studies departments.

Sidestepping Preemption: Generic Drug Litigation in the Aftermath of Mensing

PLIVA, Inc. v. Mensing was an enormous and, by some predictions, unexpected victory for generic drug manufacturers (“the Generics”). The...