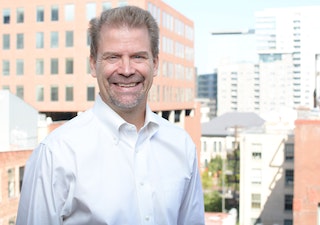 John Elofson’s practice focuses on securities offerings and compliance, mergers and acquisitions and corporate governance. He has represented clients in a variety of industries in debt and equity offerings, mergers, stock and asset purchases, joint ventures, tender offers, and proxy contests. In addition, he frequently advises clients on reporting obligations under the federal securities laws and stock exchange rules, as well as on fiduciary duty matters and takeover defenses.

The clients that he has represented include:

Mr. Elofson joined Davis Graham & Stubbs LLP in 2004 after practicing for five years in the corporate department of Wachtell, Lipton, Rosen & Katz in New York City. Following the completion of his legal studies, Mr. Elofson served one-year terms as a law clerk for the Honorable Shira A. Scheindlin of the U.S. District Court for the Southern District of New York and for the Honorable Douglas H. Ginsburg of the U.S. Court of Appeals for the District of Columbia.

While pursuing his legal education at Columbia University, Mr. Elofson was a James Kent Scholar in 1995-1996 and 1996-1997, a Harlan Fiske Stone Scholar in 1994-1995, and the recipient of the Class of 1912 Prize in 1994. He also served as the managing editor of the Journal of Law & Social Problems from 1996 to 1997. He has been an adjunct professor at the University of Denver Sturm College of Law and has written numerous articles on corporate law. His community activities include serving as an officer of the Denver Scholarship Foundation, a provider of college scholarships and related services to graduates of the Denver Public Schools system.

Mr. Elofson has been named in The Best Lawyers in America by Woodward/White for Corporate Law as well as in Colorado Super Lawyers. He has also been listed in Chambers USA for Corporate/M&A and Natural Resources & Energy.