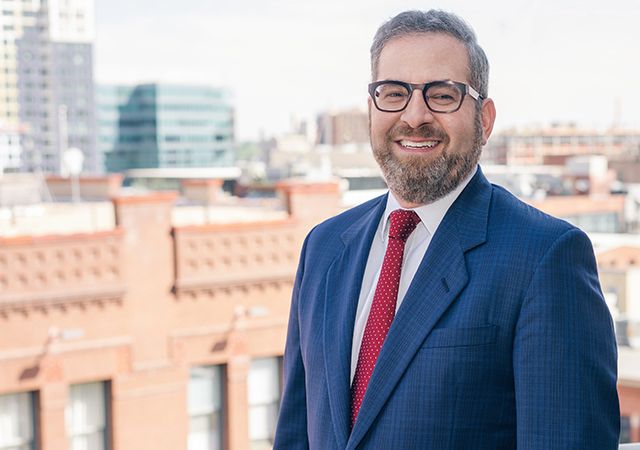 Mr. Schwartz was the Chairman of the Board of the Colorado Lawyers Committee (CLC) from 2018 to 2020, after serving as Secretary/Treasurer from 2016 to 2018, and served on the Executive Committee from 2013 to 2022. He has been a member of the Board of Directors since 2006. The CLC is a nonpartisan consortium of more than 70 Colorado law firms with over 800 volunteer attorneys dedicated to creating and increasing opportunities for children, the poor, and other disadvantaged communities through advocacy, negotiation and litigation.

Mr. Schwartz was the Chairman Emeritus of the Board of Directors of the Colfax Marathon from 2018 to 2020 and Chairman from 2016 to 2018, Secretary from 2015 to 2016, and a Board member from 2013 to 2018. The Colfax Marathon is a nonprofit organization whose mission is to produce the premier marathon weekend in the Mountain West Region while being committed to community, philanthropy, and fun. Originally created by the cities of Denver, Lakewood, and Aurora to recognize Colfax Avenue, the longest commercial street in the U.S., the race has grown to be a nationally recognized event featuring unique courses incorporating the iconic landmarks of the Mile High City.

Mr. Schwartz is involved in several other civic and pro bono projects. He served as co-chair of the Legal Services component of Project Homeless Connect since its inception in 2005. He also leads several projects that seek to expand the ability of corporate attorneys to find and undertake transaction-related pro bono opportunities, including the Colorado Covid Legal Relief (CCLR) program.

Mr. Schwartz has also been active in diversity, equity, and inclusion (DEI) efforts at DGS and in the Colorado legal community. He served as Co-Chair of the DGS Diversity Committee (now the DGS DEI Committee) from 2008 to 2010, and as a member of the Committee from 2002 to 2013.

He also served as the DGS representative to the Colorado Pledge to Diversity (CPTD) from 2003 to 2011. The “Pledge” was founded for the purpose of addressing the inequities faced by Black law students and students of color, and expanded to address the inequities faced by students with disabilities, gay, lesbian, bisexual, or transgender students, and other individuals who have been traditionally under-represented in the practice of law. While serving as the DGS representative, he was a member of the Steering Committee from 2003 to 2011; Chair and Co-Chair of the Summer Clerkship Program for DU and CU law school students in 2006 and 2007, respectively (since expanded to include students at the Wyoming School of Law); and Chair or Co-Chair of the Book Scholarship Program for CU and DU law school students in 2005, 2008, and 2009. He also led the DGS team that provided pro bono assistance to CPTD in connection with its IRS Section 501(c)(3) application for exemption from federal income tax as a qualifying nonprofit organization, which was successfully obtained by CPTD in 2019.

Mr. Schwartz actively mentors several associates at DGS and has done so throughout his career; has been a volunteer for the Colorado Attorney Mentoring Program (CAMP) since its inception in 2013; and has been involved in other attorney mentoring efforts in Colorado.

Mr. Schwartz has written and co-authored articles in several journals, including a bi-monthly column in Wall Street Lawyer for nearly 20 years through the end of 2020. He is also the co-author and contributing author of several chapters and treatises on corporate, securities, and nonprofit matters.

Davis Graham & Stubbs LLP is pleased to announce that Peter H. Schwartz has been named the recipient of the...